Today took a walk to the Harlem River Park.

The park offers some nice views of the river, the Bronx and various pieces of infrastructure, including the Harlem River Lift Bridge.

But the park feel pretty underused, likely because it's so hard to get to. The aforementioned pedestrian access at 135th St., for example, is narrow, dark and grim, and today was filled with piles of asphalt and trash that looked like they'd been there a while:

It's nice that New York is working on expanding and improving this park. Riverside parks can be my favorite parts of cities, and in dense, crazy Manhattan it feels especially important to have these outdoor places by the water. Hopefully park plans include not just making the park nicer, but also making it easier to get to. 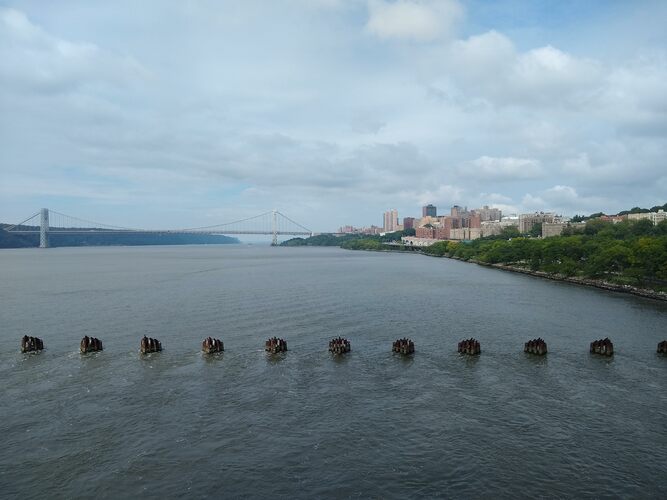 The view from Denny Farrell Riverbank State Park. This park - just a few blocks from our new apartment - is built on top of a sewage treatment plant. It's a huge park of almost 30 acres, but because you have to walk over an unassuming concrete overpass to access it, I walked right by it a few times before realizing it was there.